After bringing his persistent persuasion everywhere, eventually Rathwell completed a network of chargers that runs coast to coast in Canada, where any EV can pull up and charge for free. 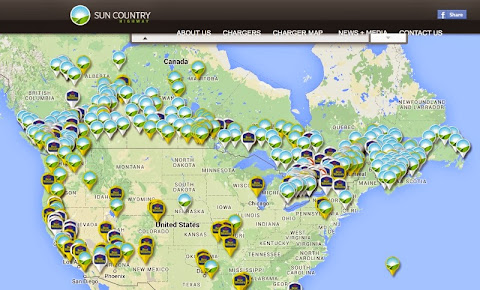 This screen shot of Sun Country Highway's charger map shows a rather robust network of chargers, and more are being added. For instance, the network now extends into California and other parts of the US.

The US has its own coast-to-coast charging network, courtesy of Tesla who, understandably, is eager to break the chicken-and-egg conundrum of EVs. This network has several branches traversing the country, but is quite a bit sparser than the Canadian network, a clear demonstration of the power of crowdsourcing. 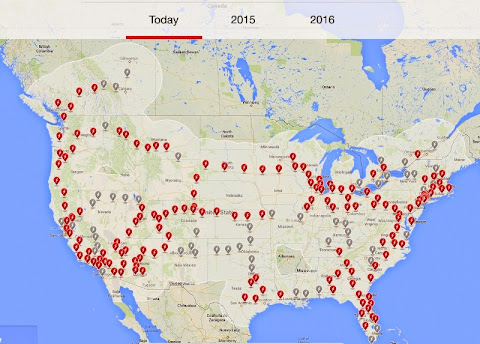 Of couse, there are many more charge points that aren't on either of these maps; I'll cover those in another post. But these are the networks built with the express purpose of connecting the coasts.

And now EV owners in China can drive between Beijing and Shanghai by charger-hopping the first segment of the network installed by State Grid, the electric utility which is, as its name suggests, state owned. 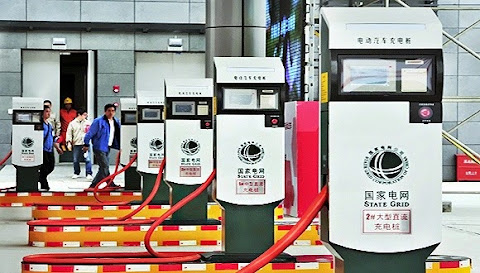 These charging stations are utilitarian boxes, without the sleek design that comes standard with anything Tesla. But they do the job, so those who want to drive the first 1200km segment can cover the distance. 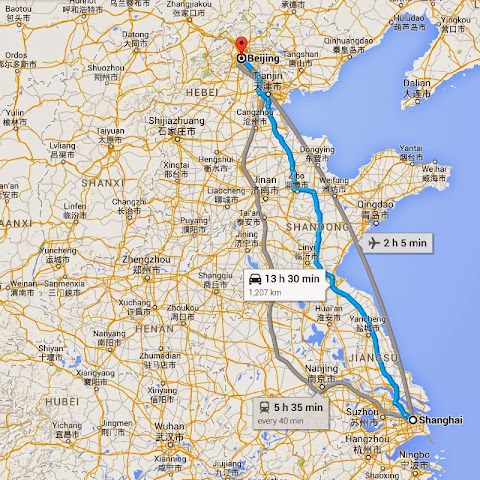 It does take a while. This map shows the route between Beijing and Shanghai: it takes more than 13 hours to drive it by car - that's not including charging stops. In contrast, if you take the bullet train on the Jinghu High-speed Railway, the journey will take less than six hours: not even enough time for a good night's sleep. Just sayin'.

Still, when China determines that it will make it its business to support green vehicles, you can be sure it will do so in a big way. So stay tuned for further developments.

In the end, whether the cross-nation network gets installed by an independent enthusiast spearheading a crowdsourcing effort, an EV manufacturer or a government, is less important than that it gets built. After this, the switch to EV will be easier for a lot of people. That's what counts.

You may also like:
1. EV Unplugged: the TRULY zero emission electric car
2. Of Electric Vehicles and the Intergluteal Cleft
3. The Car of the Future Comes to Singapore