Did you miss me?

CelloMom has been on hiatus for a few months, following an illness in the family. I've taken my brother's advice to heart, which is to be kind to myself, and decided to let the blog go for the duration. I'm going to re-start slowly. But there's plenty to be excited about.

Even before Volkswagen's disastrous gambit with the diesel engines, the world was already starting to shift toward electric vehicles.

Being CelloMom, I am not an early adopter: far from it. The growing pains of the early electric car made me nervous. But it's not quite so early any more, and as governments push for a fully electric national fleet by 2025 (e.g. Netherlands, Norway) or 2030 (Germany, India), and carmakers are responding by putting more EVs on dealer lots, the diesel to electric transition is now underway. 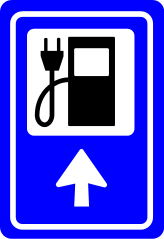 Read more »
Posted by CelloMom at 6:49 AM No comments: