I heard that half the people watching the Super Bowl do it for the commercials rather than the game. Where it used to be that the big game was the debut for the commercials, now it's more like the pinnacle: pre-game there is hype, not of the product but of the product hype. People get primed all over social media to go see those ads. There are teasers, trailers, reviews. We're talking a 30-60 second ad!

It's like something out of Borges, this recursive hype.

Maybe marketing managers are spending so much money hyping the ad, that there isn't much left for the production of the ad itself. Or maybe the long recession is taking its toll. Whatever the case may be, the lineup of ads at Super Bowl 50 is as lackluster as the game itself was pronounced to be.

You know it's bad when you watch the ads, all in a row, on a website that helpfully provides a ranking - and you have trouble figuring out which way the ranking goes, whether Number 1 is on top or at the bottom.

I used to have fun snarking over some of the car commercials in the week following the game, but I have decided to skip it this year. The ads are not worth even stepping on. And I've also come to realise that I'm not going to be part of the machine that perpetuates the hype after the game. For free. No way.

So I'm going on an advertising strike. More than that, I am striking back.

I'm doing that by directing you to the Campaign for a Commercial Free Childhood. Check them out: they have a wealth of resources on how companies are squeezing your children for all they're worth to make a buck off of them, and how to get your kids away from that. Also great for grownups!

CCFC is the organiser of the annual Screen Free Week. Don't wait, start planning for it now. 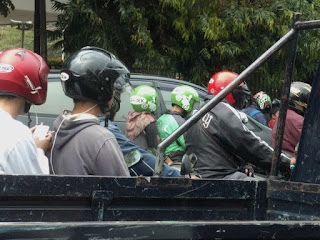