What do YOU see in the Green New Deal?

Generally, we find it hard to talk about climate: it's like talking about cancer. It puts a damper on parties and convivial meals. So we tend to avoid the topic.

Two developments in late 2018 have changed that, completely.

This means that if you approach a total stranger, they are more likely to be worried about climate than not. Exactly how likely you are to find a like-minded person depends on where you live. But the fact remains that there has been a shift in sentiment from "it's a hoax" and "who cares", more toward "yes, I'm worried".

But what has really put climate change on the national discussion table is the emergence of the Green New Deal. Championed by the Sunrise Movement, young people who don't take no for an answer and lobby their elected representatives hard, it has earned the support of the charismatic young representative from Brooklyn, Alexandria Ocasio-Cortez.

In a way, the American right has fallen into the Trump trap. In the same way that the left, outraged by the lies in the president's tweets, are complicit in keeping those lies circulating, so now the right keep AOC and her progressive ideas in the news by compulsively trying to take down both her and her proposals.

Of course, the entire American punditry on the left is also jumping into the discussion, and suddenly everyone is talking about climate action.

But not everyone gets the Green New Deal right.

The Green New Deal, as it stands in early 2019, is merely a framework. It is a set of aspirations. It has almost no policy. Yet almost everyone sees policy in it, and mostly the policies they prefer themselves. What is most remarkable to me is how quickly commentators have jumped in, taken the outlines of this proposal, and coloured in the vast empty spaces in between. 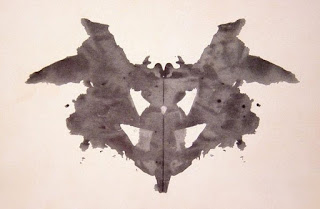 The Green New Deal is like a Rorhschach test: you say what you see in the ink blot and your shrink draws conclusions about your deepest-held fears and desires.

I started thinking about this after seeing a tweet from Noah Smith, the Bloomberg columnist:

Don't say there are no Green New Deal alternatives out there. Here are three:

I like Smith. He often has very interesting things to say that are slightly out of the usual box, and I've learned a lot from him. But this tweet missed the mark, and I took the unusual step of telling him:

Below are three great articles about a Green Deal. Which may even be passed.
But they miss entirely the people-centered-ness of the #GreenNewDeal

Smith came back with a curt "Mine did not miss that at all". He may have done that for the sake of his reputation as a columnist (I get it, it's a bedside manner thing: nobody would trust a doctor who appears hesitant about his diagnoses, and it's the same with columnists). He may have been annoyed that a mere mom would dare question him, I don't know. At any rate, when I pointed out to him in which ways his opinion piece missed a huge chunk of the proposed Green New Deal, he did not respond.


That's okay with me. After all, I am a mom, and I know how to give people their space to grow in, whether young or not. But it started me thinking, because it turns out that Smith is not the only one who misses the social equity push in the Green New Deal.

How is that possible? The Green New Deal unequivocally puts people and their needs up front and center, and a livable climate is merely part of a large package of proposals to that end.

I have my suspicions. The proponents of the Green New Deal are a diverse crew of mostly young people who count a lot of people of color among them. The face most associated with the Green New Deal is that of Ocasio-Cortez, a very young, beautiful, articulate woman of color. Her early actions in this congress have already shown that she knows her stuff. And you can't set it up better to invite mansplaining by a "mainstream" punditry, many of whom are male, white and relatively privileged.

Not to single out Noah Smith, here is an example from Alan Nogee, another person I respect. Nogee directed the clean energy program of the Union of Concerned Scientists, and his pre-occupation with clean energy is apparent in this tweet:

The New Yorker piece dismisses the social justice aspect of the Green New Deal in a short sentence and is focused on the prospect of transitioning to renewable energy in the12-year time frame proposed. Nogee extols it and advises Rhianna Gunn-Wright, in an avuncular kind of way, to get policy and messaging advice from Jonathan Koomey, an energy wonk who is quoted in the piece.


Rhianna Gunn-Wright is the policy lead on the Green New Deal. She is a Yale graduate and a Rhodes scholar. She is also young, Black, and a woman. I am 100% certain that she gets the kind of condescending mansplaining that Nogee displays to perfection, from Serious People (mostly while males with an established platform), All. The. Time. More power to her, so far she has stuck with the goofy profile pic, and she has taken all the condescension in stride. Indeed, she is gracious about it.

But then she also puts these pundits in perspective in this thread, saying "climate change is unique in the sense that it threatens ALL of us and threatens to destroy the planet. but still, depending on who you are and how much power you have, it might not be the only existential threat YOU face or even the one you're most afraid of." See how she is kind and gracious? She does not mention the Dunning-Kruger effect.

All in all, you're better off reading this thread in which Gunn-Wright puts the climate-related proposals in the proper context of the progressive policies. Make no mistake: underneath those gifs this is a serious proposal for addressing several social problems at once.

Make no mistake on another count: Unless the issue of social equity is addressed, nothing real will happen on climate. For this reason, we need a broader spectrum of voices, who have so far been unheard, and who have valueable insights to share what will help all of us move forward. They are out there. They don't publish in what's called the "mainstream" outlets though. This needs to change.

Also, unless they wake up, writers we now think of as Serious People will be left in the dust playing with their old models of the world, while the young people forge a new and better world for all of us.

So far, the only commentator that I've seen get the gist of the Green New Deal right, is Vox' David Roberts. Roberts delights in wonking out on energy issues too, but he has a habit of looking at the facts as they are presented to him, without letting his own pre-conceptions get in the way too much. Yes, he writes in a wiseguy style. I recommend him highly.

Of course, you could read the Green New Deal resolution and decide for yourself what to think of it. Go ahead. It is not long.

Mostly for my own benefit, I'm keeping this list of pieces on the Green New Deal. There are lots out there, these are only some of the ones I have read myself.

Emphasis on social equity
Kate Aronoff, With a Green New Deal, Here’s What the World Could Look Like for the Next Generation
David Roberts, There’s now an official Green New Deal. Here’s what’s in it.
Van Jones, The Green Collar Economy. Published 2008!
Julian Brave NoiseCat No, climate action can't be separated from social justice


You may also like:
1. Measuring Loss in Terms of Human Suffering, Not Dollars
2. Extreme weather and the migration of drivers' licences
3. Size creep