There are places that are traditionally visited by a dense fog so often, that printers capitalise on it and offer tourists a postcard which is all grey with the words "Greetings From X" emblazoned on it. 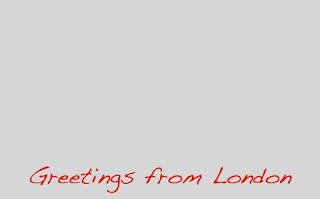 It's funny when it's fog we're talking about (except, of course, if the postcard is actually appropriate for your vacation). It is not so funny when it's smog. Because smog kills. It's pretty bad when it's a veil that's thrown over your city on hot days. But when it's so thick you can't see through it, it is a real killer. Who needs cigarettes? All you have to do is go out for a breath of air, as the Tom Lehrer song goes.

The World Health Organisation is about to issue a stark warning about the lethal levels of air pollution in the world's largest cities. An article in the Guardian reports,

"According to the UN, there are now 3.3 million premature deaths every year from air pollution, about three-quarters of which are from strokes and heart attacks. With nearly 1.4 million deaths a year, China has the most air pollution fatalities, followed by India with 645,000 and Pakistan with 110,000."

The culprit is smog, a toxic brew of emissions from coal burning for heating and power generation, dust from construction sites, pollution from industrial processes, and emissions from transport, mostly from vehicles that use diesel.

When it comes to spewing out deadly small-particle pollution, who needs cheating software like Volkswagen put into its diesel cars? In places like the US and Europe, "clean" diesel comes with a sulphur content of 15 and 25 parts per million, or ppm, respectively. In China, diesel is supposed to contain fewer than 300 ppm sulphur, but almost always has more, and it's the sulphur that gives most of the particulate matter (PM) pollution.

Places like Indonesia unabashedly state that diesel contains 1250 ppm sulphur. That's one hundred times more than the new standard proposed for diesel in the US. The reason that Volkswagen is not being sued in Asian countries is that there, it doesn't install the PM scrubbers that are required for its diesel cars. They are not required. More than that: the high sulphur content of the diesel would poison the devices that are supposed to keep the air clean. So why install them at great expense?

I have made the case that in places where the PM pollution from other sources is much higher than from diesel cars (such as many ex-urban areas in the United States), the latter are okay to use, especially since their much higher fuel efficiency means significantly lower carbon dioxide emissions per mile.

But large numbers of diesel cars piled close together in megacities still spell trouble. Think of London, which is home to a large number of diesel cars, trucks and buses. It is well known that Oxford Street has dangerously high levels of PM pollution, and the city is now moving to replace its fleet of double-deckers, currently running on diesel, with electric versions. 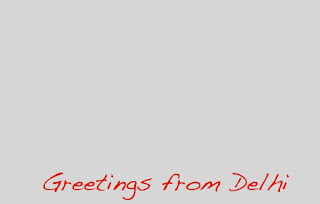 High fuel prices, Low Emission Zones (e.g. Rome), exclusion of older and dirtier diesel cars, banning half the private cars (e.g. Delhi), none of that seems to help enough to keep pollution to acceptable levels. Even before the VW diesel scandal, European mayors were already moving to ban diesel engines from their cities altogether.

It's almost as if the "D" designation on a car is equivalent to the label on a pack of cigarettes: "Warning: use of this product leads to damage to your health and that of those around you." If Europe was in love with the diesel engine, consider the recent developments a divorce.

The advent of electric cars will facilitate that transition. Automakers all over the world have seen the writing on the wall. In the next few years, expect them to start offering EVs that are affordable and have a reasonable range, 200 km and up. One example of a recent debut is the Chevy Bolt (200 mile range).

Sure, if all those EV's were powered by electricity from coal-fired power plants, it would still not help the climate a great deal. But at least their tailpipes would be clean of particulate and other toxic emissions, relieving cities of the blanket of smog. Let us hope that the energy transition away from fossil fuels will happen sooner rather than later, so that smog is generated nowhere, and the carbon emissions of this new generation of EVs will be truly zero.

You may also like:
1. Just how bad is diesel exhaust?
2. Stop the Smog: use cleaner coal and diesel
3. Low Traffic Zones: anything but cars