This is the 21st century where very few of us have butlers. That's nothing new: it has always been the case that very few people have butlers. But what is new is software, and most of us got that. Software still won't make you a cup of tea, but it sure can act as your personal assistant, your secretary, and your accountant.

And software now runs your car, which is said to be evolving into what's basically a large tablet on wheels. Software regulates the mixture of fuel and air injected into the cylinders of your car's engine, the timing of the ignition, and myriad other housekeeping tasks that used to be performed by mechanical devices.

Like butlers, software can, shall we say, embellish reality. Like a butler compliments his employer on his looks after the elaborate grooming for the dinner party (think Jeeves), so a car's software can be devious. But unlike butlers, who make their own decisions about whether and when to deliver a white lie, software has to be deliberately made deceitful by the people writing it. 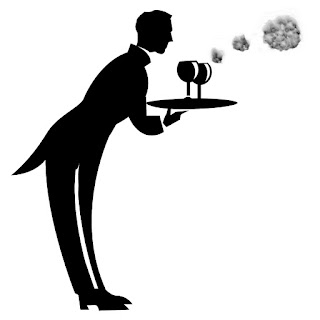 This is a roundabout way of saying that Volkswagen is fully responsible (and has admitted as much) for installing less-than-honest software in some of its diesel models. The crooked code detects when the car is going through an emissions testing cycle, and adjusts various parameters to minimise emissions of NOx gas. These nitrogen oxides contribute to smog formation which is very bad for your lungs.

Outside of the test cycle, that is, under normal driving conditions, the cars affected emit 10 to 40 times the legal limit of NOx.

Cheating the EPA is such a serious infraction that Volkswagen could face fines up to $37,500 per car, which is a lot more than the sale price of the car. Nearly half a million vehicles are affected. Including mine.

Diesel cars are known to surpass the EPA fuel economy specs in real-life driving. My 2012 diesel Golf averages about 38mpg, significantly more than the 34mpg stated in the spec sheets - but I wouldn't want to have that advantage at the expense of spewing all that NOx.

The irony is that the story was uncovered by a team of people who set out to show that diesel engines can run clean, especially now that European governments are starting to put their support less behind the diesel car and more behind electric ones.

So my car will soon get called into the dealership. Just as a butler found to be deceitful gets fired, so the duplicitous software will get removed and replaced with a non-rogue version.

Restoring the NOx emissions to acceptable levels will mean giving up on horsepower or fuel efficiency, or both. If I had a say on the character of the replacement software, I know I'd go for better fuel efficiency over more horsepower, any day.

This engine puts out way too much power for this size car, anyway.

You may also like:
1. How much horsepower do you need?
2. The Diesel to Electric Transition
3. The Car of the Future