Ford "New To US" Fusion

When people buy a used car, they have an endearingly self-deprecating custom of calling it their "new to us" car. The marketing material for the Ford Fusion Ecoboost, coming to the US in 2013, has the word "NEW" all over it. But a little due diligence reveals that Ford has been selling the similar Mondeo with that very engine since 2010. Just not in the US.

At the 2012 Detroit Auto Show this week, a lot of fanfare accompanied the presentation of the 2013 Ford Fusion, a large sedan with updated look and updated engines. A hybrid version fits right in wih the hybrid and EV heavy auto show, where carmakers get to show what good companies they are for not complaining to much about the CAFE2025 standard for fuel efficiency.

Here is real progress: the 2013 Fusion Hybrid gets significantly better mileage than the 2012 version: 47 / 44 mpg (cty/hwy) is really more than decent for a car this size.

Another version, the Fusion ImageBoost - sorry EcoBoost - is finally coming stateside. This one comes with a choice of Ford's 1.6L EcoBoost engine which was introduced in 2011, or its 2.0L EcoBoost, which has been used for the Ford Mondeo since 2010. In fact, the 2013 Fusion itself is based on the Mk4 version of the Ford Mondeo, a car that has been extremely popular in Europe.

So why is the word "NEW" applied to this fine car?

"New" is the word used surprisingly often both in the breathless reports from bloggers who have been invited to the Detroit Auto Show, and in rather a few magazine articles written by professional automotive journalists, who should know better. I guess they're expected to deliver "news". 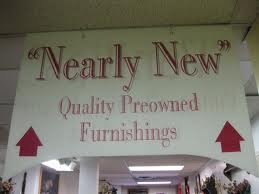 But this is 2012 now, and we have the internet on which to do research, and it's easy to see that the ford.co.uk website, which doesn't even require translation except from imperial to US gallons, presents the Mondeo with the EcoBoost engines without much trumpeting - because it's been around for a while.

The table below took an hour to compile.
For the Mondeo, the MPG numbers in quotation marks, duly translated from imperial to US gallons, is the mileage as measured by the European standard, which consistently over-states the actual fuel efficiency. Actual, real-life efficiencies are from the Honest John database. The prices are from Ford's price list in the Netherlands, which taxes gas sippers pretty hard, and gas guzzlers punitively. Just to remind you that cars are cheap in the US.

The taxation scheme is the reason why the Mondeo powered by the Duratorq diesel engine, which merits the coveted "A" rating for CO2 emissions, is really not that much more expensive than the one with the 1.6L EcoBoost which is good for a "B". There are additional savings in the annual road tax, and of course at the pump.

For those who sniff at the merely adequate 114hp delivered by the 1.6L Duratorq engine, the least efficient diesel Mondeo for sale in the EU has a 2.2L Duratorq engine and a Durashift 6-spd automatic transmission, that puts out 200ps (198hp) and gets a real-life 37mpg. I repeat, that's the least efficient diesel for the Mondeo. Starts at €47,700 ($60,500).

Ford doesn't offer a hybrid version of the Mondeo, probably because generally in Europe diesel cars have a fuel efficiency and a price point that makes them compete rather successfully with the hybrids. Nor do they offer the 2.5L and larger Duratec engines in the EU: they would not find many buyers.

At least the 2013 US version of the Fusion is starting to catch up with its global brethren, that's something.

(By the way, the US Fusion is not to be confused with the European "Ford Fusion", a good-looking and practical mini-MPV that gets up to 50mpg. No batteries required, other than the one for starting the diesel engine.)

For US, mpg numbers are for city/highway/combined.

Disclosure: I was given no monetary compensation for this post. No-one paid for my expenses to attend the North American International Auto Show in Detroit. I am not your average carmaker's cup of tea; more like a cup of moderately diluted hemlock. The opinions expressed in this post are entirely my own.