Not Enough Fear and Loathing in The Hague?

Since I shamelessly borrowed, for the title for this post, from Hunter Thompson's book "Fear and Loathing in Las Vegas", let me start by saying that I've actually never visited one of the Dutch "coffeeshops" where they don't sell coffee. So the photo below is not mine, I found it at a website called coffeeshopmenus.org. This menu is pretty, and it's from a coffeeshop called Tweede Kamer, perhaps in honour of the Lower Chamber of the Dutch Parliament that passed the policy that, while marijuana, like other drugs, is not legal in the Netherlands, possession of marijuana "for personal use" (up to 5 grams, if you must know) is not prosecuted. 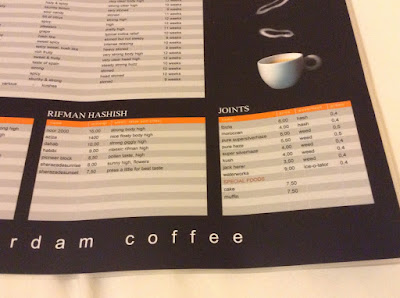 This is probably the most famous example of the Dutch ability to see something without seeing it.


Another thing they see, all the time, is water. Water is embedded in the national psyche, not only as a necessity of life, but also as the stuff that comes out of the sky (no language has more words for "rain" than Dutch), and the stuff you need to keep out to keep the country from getting flooded. Half the country is a gift from the rivers whose delta it forms. The other half has been hard-won from the sea. And the sea is now threatening to take back what belongs to it.

When the IPCC came out with its fifth Assessment Report in 2013, the projection for sea level rise was 26-82cm. In the Dutch news, this was reported as "up to 82cm": they didn't even bother mentioning the lower bounds, they need to be prepared for the worst case.

So the country of 17 million is battening down the hatches. They're pumping €20bn into a fortification of the Delta Works, a system of coastal defenses. The Ministry of Infrastructure and the Environment (formerly the Ministry of Traffic and Water Management) is shoring up dikes all along the coastline. It's spending an extra €2.3bn on innovative river management projects, because when a river dike breaks, that's a disaster too. 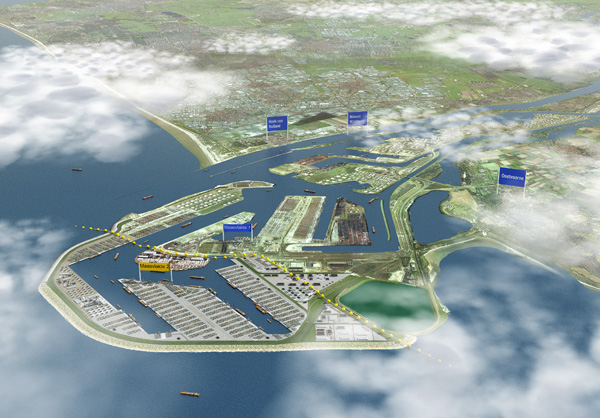 On the other hand, Shell is a fixture in the country. The port of Rotterdam is a huge transportation hub running almost exclusively on fossil fuels, and is ringed with oil refineries. It's so successful that they've had to build an enormous extension that juts out into the sea, that can accomodate modern supertankers carrying mind-boggling amounts of oil and goods. 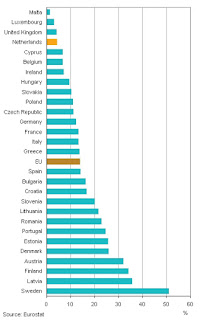 Meanwhile, the country still get less than 5% of its energy from renewables, which is crazy if you consider that the windmill is its iconic trademark. Sure, they're building offshore wind parks, finally, but because of resistance based on "aesthetics", the total capacity is still dwarfed by the wind installations in near-neighbouring Denmark. And they're blowing off building an experimental wind park that proponents say could be crucial for developing next-generation windmills.

And day to day, nobody is talking about climate change much.

I'm not saying the Dutch are living a drug-addled existence out of touch with reality, coffeeshops notwithstanding. They are a matter-of-fact kind of people who prize having both feet firmly on the ground. Even so, I feel there's not enough fear - or should I say respect - of the sea. There's not enough loathing of the peddlers of a fossil-fueled lifestyle, not enough of connecting the dots between the fossil fuels burned by everybody and the incessant, tough, expensive fight against the rising waters.

But maybe, just maybe, the Dutch are starting to shake off the comfortable haze brought on by the prosperity made possible, among other things, by North Sea Oil and the country's natural gas reserves.

There are wake-up calls. The Dutch Natural Gas Company has pumped so much natural gas out of a bubble beneath Groningen, that in parts of the northeast of the country the soil surface is lowered by more than a foot: 35cm. That's not great for a place that's already below the current sea level by one meter. But these changes are slow and not very visible. 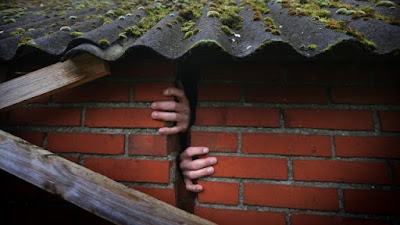 What is plain to see are the cracks in people's homes, caused by earthquakes in the area due to the settling of the soil. The number of eartquakes has been increasing drastically over the past two decades, and it's been estimated that two of every three homes are at risk of structural damage.

So there's been an outcry. In response, the government has reduced the production of natural gas in the area. But the lost production volume has to be compensated by buying natural gas from Russia. In order to decrease that dependence, Minister Kamp, of Economic Affairs, has now proposed drilling for natural gas in the North Sea.

Nobody will complain about the aesthetics, since the drilling platforms will be way out of sight of the shore. But if they go ahead with that plan, the Dutch government will never reach the emissions reductions to which they have committed.

The climate activists Urgenda, who do have a clear view both of climate risks and of their citizen responsibility, have now challenged the government in a landmark citizen lawsuit to force it to abide by its own plan.

I hope this is the beginning of a shift. I hope that, when those damaged homes in Groningen are rebuilt, they will be not only more earthquake resilient but also more climate resilient: that they will run on renewable energy, and that the building of such homes will give rise to a whole new class of job opportunities that have nothing to do with the production of natural gas. Indeed, that natural gas will become quite obsolete.

You may also like:
1. How the Dutch got their Bicycle Paths
2. Ten Ways to Calm Car Traffic
3. How to Spread the Word about Climate Change - Even if You're Not a Climate Scientist