There was a bewildering article about soccer written by one Ann Coulter, who is apparently a conservative political commentator. From what I can tell - it's not easy to read through the article's ranting - she seems to say soccer is a liberal plot to make Americans like the metric system, and will inevitably lead to the nation's moral decay, QED. 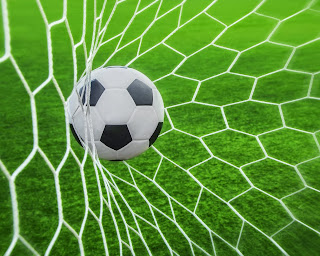 It's hard to fathom how a columnist is so willing to write about something she doesn't understand. I don't think Coulter has watched a soccer match in her life. Or not a good one, anyway. It's the only way someone can claim that "Individual achievement is not a big factor in soccer". Soccer is a team sport where individual players can really star. Think of Lionel Messi's uncountable fans all over the world. Think of Pele, or Johan Cruijff, who are still celebrated decades after they have stopped playing.

Tellingly, Cruijff became famous not because he scored so many goals: it is rather because of his then-novel strategies for setting up the play so that someone else can score. Somebody needs to explain the general concept of "team sport" to Ann. (Don't start at soccer, with its subtle offside rule).

In a world of 15-second soundbites, soccer is the one sport that holds your attention for a full 45-minute stretch. This is the real reason it is not "popular" in the US: it is more accurate to say that it is not popular with TV sponsors who can't get the ads in, unlike in American football which is designed for short attention spans and commercial interludes.

Here's where Coulter shows again how she doesn't understand sport in general: "Liberal moms like soccer because it's a sport in which athletic talent finds so little expression that girls can play with boys. No serious sport is co-ed, even at the kindergarten level."

I'm one mom who would not let my kids play American football, a sport that is explicitly out to damage brains and growing limbs. American football is one of the most violent sports on the planet. Children's exposure to it, even via televised games, should be limited. Very young children should be shielded from it altogether, much in the way you wouldn't let them watch The Wire. For my children, I prefer non-contact team sports, thanks. Preferrably unsupervised. Soccer, for instance.

The growing popularity of soccer in the United States has much to do with the success of the women's teams, which also explains why the sport is anomalously popular with American girls.

You can't help wondering what kind of grownup mind is dissatisfied about an absence of clear winners: "No other "sport" ends in as many scoreless ties as soccer." -- Guess what: Life is full of tied scores. And that's okay: you learn to live with it. It's good for children to see that it's not always about "the win", but it is always about the game. Besides, sometimes the game ending in a draw is the most exciting.

This one is a little twisted: "The prospect of either personal humiliation or major injury is required to count as a sport."

Wait - what? In most of the world, sport is play; sport is joy. It is where you and your mates have a friendly match, to unwind. International level sports may be regarded as a form of warfare, but the whole point of it is that it is "sublimated", that is to say, non-violent. I think we are now past the stage where the winning team gets to massacre (in a literal sense) the other players before inseminating their wives and girlfriends - wouldn't you agree?

This is underscored by how the teams exchange shirts after the game. You may be squeamish about the personal hygiene, but shirt swapping is an expression of friendship and respect, no matter how hard the game was played. It's called sportsmanship.

Mind you: people weep at their team's loss, and quite publicly so. Fans of American football are seldom that emotionally vested in the game, or their team.

I guess a writer would be bothered by this: "You can't use your hands in soccer." -- But hey, sometimes less is more. And putting on restrictions - such as no hands - makes a game more interesting. On the other hand, heads are put to brilliant use; just look at Van Persie's celebrated air-borne score for the Netherlands early in the 2014 World Cup. For those who really are into their hands, there's handball, also virtually unknown in the US. Snowboarding seems to be popular around here, that uses neither hands nor heads.

More off-topic and off-the-mark whining: "I resent the force-fed aspect of soccer." Millions of people crave soccer. Soccer is the most democratic of games. Got a pitch - any pitch - and something that rolls, a few buddies, and you've got a game. On the other hand: only in the US can a single corporation buy the rights to showing the game so that you're out of luck if you don't happen to be paying for the right cable channels. That's just bizarre. That you can rightly resent.

And more whining: "I note that we don't have to be endlessly told how exciting football is." Umm: If you understand the game, you don't need to be told how exciting it is. Like baseball, which is ostensibly about a bunch of guys standing around trying to suck in their bellies.

Then Coulter finally comes to the crux: "It's foreign."

Ahh. -- But so what. Vive la différence, non? So far, nobody else has taken up American football, either. Or bowling or pool. Or baseball (except for the Japanese). And that's okay.

"Soccer is like the metric system, which liberals also adore because it's European." Whaa? This is the bit that leaves me nonplussed. What does the metric system have to do with the price of beans? Except of course, to emphasise that the world has gone that way. All of it, except for Liberia, Myanmar - and the USA. I find it amusing that the USA insists on keeping as an official measure the length of the foot of a long-dead monarch from its erstwhile colonial master. (This would be Henry VIII, who had literally an enormous footprint for his day).

In a globalised age, Americans remain stubbornly insular. Speaking only one language, cleaving to an obsolete measuring system, financially sequestered from the rest of the world, and entertaining outmoded ideas about personal transportation and personal defense: in short, a peculiar bubble of its own. Maybe, just maybe, soccer is the way to coax it out of its lonely corner.

Ann Coulter may be a syndicated columnist but she doesn't understand soccer which everybody else calls football - you know, because you use your feet. For the real lowdown, try Simon Kuper, a columnist at the Financial Times who writes knowledgeably - and well - about football and the anthropology of football.

You may also like:
1. Why are cars so small outside the US?
2. This is What I Call a Parking Garage