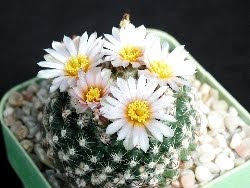 It appears CelloMom's eldest bucks the trend of teens who are not burning to get that driver's licence the moment they turn 16. The local high school offers driver's ed for sophomores, and Eldest at some level really believes that, at sixteen, CelloMom will release the family car to carry a bunch of teens to Arizona. For cactus watching. (We all need our dreams, right? And hey - among things that could attract teenagers, cacti would rank very high in CelloMom's list of preferences).

CelloDad keeps pointing out that he was a young 32 when he first got his driver's license, and there is no reason why his children should be any younger. But CelloDad is being disingenious: he lived in the Netherlands, and got around on his bike and trains and buses, occasionally getting rides with friends who did brave, and pass, the murderous driver's test.

Teens and cars are a dangerous combination. The mortality rates in traffic accidents is a few times higher for teens than for the population average. Once, a long time ago, CelloMom herself nearly died in a car driven by a teenager. On a road trip.

So no, we're not ready to relinquish the keys to the car, thank you very much. Not until they pass the in-house road test, administered by CelloMom, which will be much more strict than the Dutch one. CelloMom looks with amazement at sites where people discuss wrenching questions like "What is a good teen car?" Euhh: a bike? For getting around town, that will have to do; for young legs it should be no problem. Later on in college? We'll have enough on our plate dealing with the tuition. Later later for the first job? That's our children's problem, not ours. Hopefully they will be sensible enough to save up for a used car rather than get an expensive car loan for a shiny new one.

Meanwhile, we are happy to supply the rides, to wherever. The library when it's pouring. The mall. Even the local nursery, to supplement the growing collection of cacti.