Mainstream news and the elusive truth

When Jeremy Clarkson appeared on the automotive scene, he was a breath of fresh air. He said it the way it was. He made a name for being the bad boy of car reviewers, and he often had a point. Loads of people read his pieces, because they were funny, and different from the polite (=boring) reviews that were the norm.

But all that happened in a distant past that is as gray as Clarkson's hair is now. As he became more famous, the reviews started to lose their edgy feel. In 2002, Clarkson became the host of a wildly popular tv show, Top Gear. It had sponsors.

And that, really, was the beginning of the end.

Because it's okay for a kick-ass upstart car journo to make snide comments about the car you were reviewing. But if you're too controversial on a large-following show, your sponsors might balk. Worse, they might walk out on you. If you believe this has zero bearing on how a man presents his show, I've got a bridge to sell you.

I mean, it's okay for a CelloMom to compare a Lexus SUV to a pregnant Honda Civic, or to remark that to me, seeing the 2019 Mercedes GLC brings to mind the word "obese", and prompts a mental note to eat less -- but I'm just a lone blogger writing on my own time, sponsored by nobody and answering to none but my own demons. 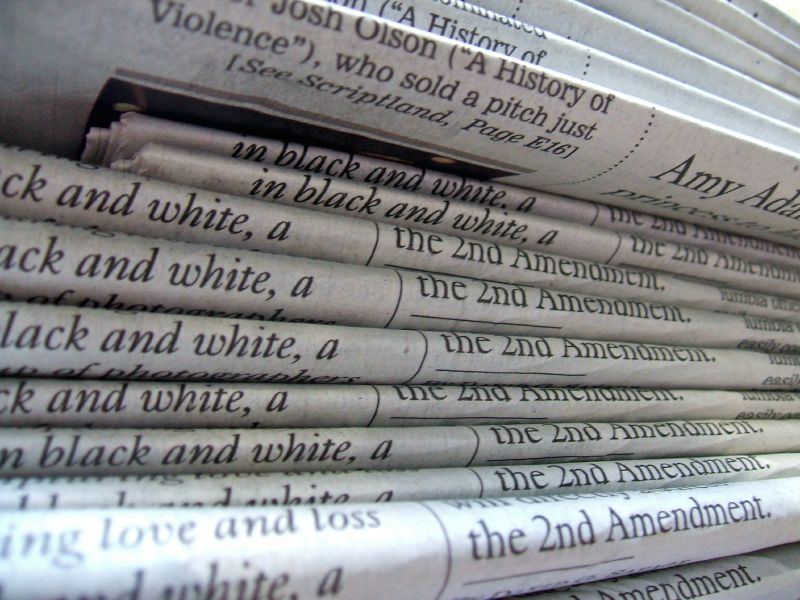 And this is why we all need to look critically at our news sources. I'm not talking about the fake news of Fox (which is not a news outlet but a propaganda machine). I'm talking about the "mainstream" media, the well-respected shows and dailies, the ones you don't mind name-dropping.

Let me give an example. Because I think and read about climate change a lot, I have learned that social equity is inextricably linked to the issue of climate. So I'm foraying into a rich and diverse world of writings by people who are not "my" people. I'm painfully wrapping my head around economic issues, for instance, a departure from the science articles I'm familiar with. But going beyond that, I'm also reading pieces written by Black people, feminists, indigenous people, socialists, and others who are somehow outside the "mainstream". It's not always comfortable reading, but I think it's essential. For one, I'm discovering - okay, I'm a geek, but DUH - that "mainstream" America is white. It tends to live in large cities, tends to be pretty well off, or anyway well enough. And it is blind to the experience of everyone who is outside its own relatively small demographic.

I've been thinking about that saying attributed to the Cheyenne: "Don't judge a man until you've walked two moons in his moccasins". That makes sense: "don't judge". But what about writing? After all, we each write from our own perspective, and that perspective is shaped by who we are. Merely interviewing someone will not make you truly understand what they're saying, because there is a rich, deep, and quite invisible set of layers underneath, of personal, family, and social history and meaning, and the words they are saying are built on all that richness. Some things you wouldn't even think of writing about, simply because they are outside your sphere of experience.

So I'm exploring more. While certain news outlets can be relied on to produced solid reliable pieces, and I support more than one with my subscription dollars, I am also looking to follow particular authors, people I find I can learn from in every article. These days, I read Hiroko Tabuchi, John Sutter, Pilita Clark, Noah Smith, Simon Kuper. But also Kate Aronoff, David Graeber, Angie Schmitt, Emily Atkin, David Roberts, Umair Haque, Thea Verkade, Rebecca Solnit. And Caitlin Johnstone, who got me thinking about all this with her article on how mainstream media follows the establishment agenda. I am enlightened by their writing, delighted, angered, surprised – and humbled; certainly I am enriched.

This is a choice that is ours to make. Here is another example: Facebook, Twitter, and other social media platforms like to present you a timeline that is determined by their algorithms to be "most interesting" to you. But I have found that the algorithms invariably give me a narrower and narrower view of the people I follow, and that I end up walking the same deeply grooved paths over and over. Not to mention vulnerable to manipulation. But when I over-ride the algorithm and make my timeline show everyone I follow, the timeline is much more lively, and interesting. Because hey, those people were chosen by me, not by an algorithm written by a team of geeks who are certainly not me.

Try both: let your timeline reflect your true interests. And let your mind be widened by thinkers and writers who are not in the mainstream. It may take you out of your comfort zone. And that is where growth happens.


You may also like:
1. Can you trust MPG specs?
2. How to buy a gas sipper for less
3. How much horsepower do you need?