Have you operated your wrecking ball lately?

What, you think you have nothing to do with wrecking balls? Let me elaborate: A wrecking ball is a steel object that uses the kinetic energy of its motion to inflict damage. It can weigh anywhere between 1,000 and 12,000 pounds. And it has the capability to make entire buildings come down.

Okay, so mine happens to have four wheels, and I don't operate it by swinging it from a crane: instead, I send it hurtling down the road. With myself inside. Often with a child or two on its back seat. Although it's on the whole a very useful thing, my car does embody the damage potential of a medium-sized wrecking ball. 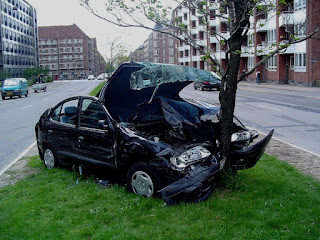 And there's no damage like loss of life. In the United States, more than 40,000 people died in traffic 2016. It is an astonishing number, and even larger than the annual deaths caused by guns, which itself is tragically high.

But while gun deaths are widely decried, the silence around traffic deaths is deafening. It is a sign of how we have sold our streets to the car. Traffic deaths are accepted as part of our modern way of life, or the price of doing our business on our streets and roads.

Fortunately, this attitude is changing. People have noticed that there are fewer traffic fatalities where fewer people drive, because they're on their feet or bikes (Copenhagen), or on public transport (Tokyo). A new perspective is making headway, one that puts people safety above everything else: above traffic throughput, and above speed.

Vision Zero originates from Sweden. The "zero" part of the name conveys that the loss of even a single life is not acceptable. The "vision" part of the name acknowledges that this is a journey, and that as we are learning to re-think our road design to put safety above all else, drivers still cause crashes.

The actual implementation of a Vision Zero policy varies from place to place, but is a combination of public education (e.g. wearing seat belts) and infrastructure design like having physically separated portions of the street designated, and clearly marked, for cars, bicycles and pedestrians, and limiting the cars' speed to 20 mph on those portions of the road where the various road users mix, such as roundabouts, and residential neighbourhoods.

It will be very interesting to follow development in those cities. Some idiosyncratic ways will have to become history, like the quip that in Boston a one-way street means that most of the traffic goes one way.

But it will be worth it. Apart from the 40,000 deaths, in 2016 traffic crashes caused 4.6 million people to need medical treatment, and between medical costs and property damage, those traffic crashes set us back by $432 billion. Which dwarfs the portion of the Highway Trust Fund that's raised through the Federal gasoline tax ($28bn in 2006). The one that everybody likes to gripe about.

You may also like:
1. The Netherlands: Bike-Friendly By Law
2. Ten Ways to Calm Car Traffic
3. Asleep at the Wheel