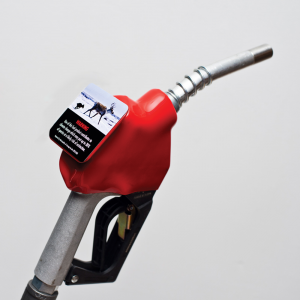 Shirkey's view is that, in the face of the planetary emergency posed by global warming, we should not wait for our governments to act to protect us - they are clearly not doing so - but we should do what we can now, at the local level.

Mayors of major cities all around the world think along the same lines, and have joined together in the C40 inititative, a network of the world's megacities committed to addressing climate change. As of this writing the group counts 67 participating cities.

West Vancouver, population 40,000, is not exactly a mega-city. But smaller municipalities are nimble in the way that mega-cities, and certainly unwieldy national governments, are not. For one thing, they will listen to individual residents make their case for novel policies.

And that is exactly what Emily Kelsall did: in a poised performance, she took ten minutes to put forward, in a methodical way, why climate change is a problem; how it is connected to the carbon emissions from cars; how putting warning labels on gas pumps serves to remind drivers that their actions have consequences; and what's in it for West Vancouver.

It is heartening to see that the West Vancouver council members immediately reacted positively to the proposal. They had a few questions which Kelsall had no trouble answering: she came well prepared. She also pointed out that Our Horizon can help towns sort through the legal nitty-gritty of getting the measure in place.

The words "voice" and "vote" has the same root. Emily Kelsall has made her voice be heard: her local government has listened, and is proving willing to consider her proposal seriously. I am sure that they are well aware that Emily, and all her friends and supporters, will remember, come the next election cycle, how they actually acted on the proposal.

You may also like:
1. Ten Ways to Calm Car Traffic
2. How to talk with our children about global warming
3. The Toyota Yaris is Not a "Teen" Car