“My parents talk about the beautiful country that we live in. Now I only see small pieces of it, which is enough to make me happy, but because the climate is changing I won’t have anything to show my children.”
—Mohammed, age 15, Maldives

The children we love so much are the ones who have to, or will have to, deal with the consequences of the actions of adults over the past 150 years. And they know it. Indeed, many children are already experiencing the consequences of global warming in their daily lives. Strangely, we adults have forgotten to think of them, and to ask their opinion on the planet they will inherit from us.

But that doesn't mean they have no opinion. UNICEF has gathered views on climate change from children all over the world, and included some of their responses in a 2007 report, "Climate Change and Children", and in a 2013 report from UNICEF UK, "Climate Change: Children's Challenge". This post is a compilation of selected quotes from those reports. 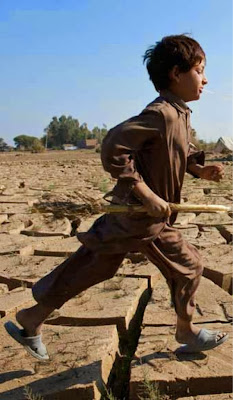 Children are smart. They have their eyes wide open. And they have no pre-conceived notions of the world the way adults do. Their observations are direct, their conclusions straightforward. For instance, how both drought and flood can lead to hunger:

“My community was affected by drought which caused our crops to die and there is no more food. People died, our cattle died and the land became a desert.”
— Kamdoun Nouayou, age 11, Cameroon


“Because of the high rainfall, the fertility for the corn is not good, and it means that the plants get unhealthy to the point where they die. If the corn dies, it also means that the people will have a difficult economic situation.”
—Jeri, age 14, Nusa Tenggara Timur, Indonesia

“Farmers plant their crops but ... when the rain is expected to come, it does not. This causes hunger to most families, especially those that depend on farming. My friends and classmates ... will be eating less food day by day. They can’t afford new clothes and have to wear small clothes.”
—Naomi, age 13, Kericho, Kenya 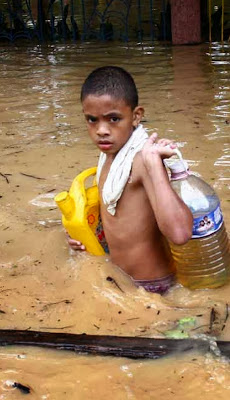 Children are also threatened by disease brought on by climate change:

“This drowning nation now faces a further disaster: The floods are threatening to decimate Pakistan’s youth. One of the biggest threats is the outbreak of waterborne diseases such as cholera and diarrhoea.”
—Sayed, age 16, Pakistan

“Water is also scarce because of lack of rain. Those living far from the lakes walk so far in search of water. The water is dirty and contaminated and people get bilharzia.”
—Justus, 14, Kenya

There is the real possibility of a sudden and catastrophic change in children's lives when a natural disaster strikes their homes:

“DRR [disaster risk reduction] education should be taught in schools especially in the Philippines, where I come from, since it is situated in a location prone to natural calamities and disasters. We are most vulnerable to disasters like tropical cyclones, flash floods, tidal waves, drought, volcanic eruptions that strike – and then classes have to be suspended, some children end up starving, some are left homeless and some even die.”
—Trisha, 14, Philippines

And then there are the untold cases where a child's potential is severely curtailed because of conditions brought on by global warming:

“Recently the harvest has reduced ... I know some children who have dropped out of school. They say they cannot concentrate in class because they are hungry. We have just one or two meals per day because food is expensive. A kilo of maize flour increased from 35 to 70 shillings, and my mother said it will get worse”
—Justus, age 14, Budalangi, Kenya

“Climate change is affecting us and, in the future if we are not involved, we will live in a desert. The rivers have dried up and sand mining has increased, this has caused many children to drop out of school to work loading vehicles for mines.”
—Samuel, age 14, Kenya

But even children who are not directly affected are concerned by climate change, for their own futures and the plight of others. In recent (2013) UNICEF UK/Ipsos MORI polling, children across Britain highlighted their concerns about climate change, and desire for action:

It appears that children have something valuable to teach adults. 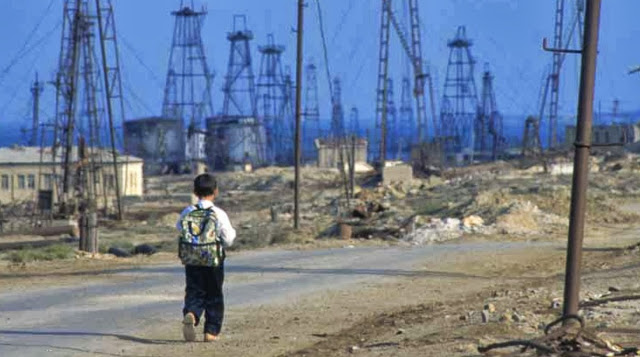 Children are worried - very worried. But they are willing to do their bit. They are realistic about the constraints imposed by life, but refuse to believe that we cannot help each other. And they want adults to hear them, to think of them, to safeguard their future. Our future.

“Unless we take action, I fear that by the time I reach thirty, the problems we are faced with now will seem minute in comparison to those we will be facing.”
—Eshita 14, UK

“It’s an eye-opening experience to realize that there are so many things I can do for the earth and our future. I’ll do my best to save energy and water and to recycle as much as I can. It would be great to help many children in the world by energy saving and wise consumption.”
— Yerin Kim, age 12, Republic of Korea

“Yes, I do agree that trees shouldn’t be cut down unnecessarily, but we should think about those people who have to cut down trees so that they may survive. The major cause of excess tree abuse is the cutting of trees for fuel. People around the world lack basic necessities such as fuel and need to chop down trees if they want heat and warmth. Every government needs to make an effort in providing alternative resources for our mission to succeed.”
— Amre, age 18, Somalia

“I think the best way young people can contribute is by trying to generate an environmental conscience in older people... Man’s use of resources has been rather careless, and it was not so many years ago that we began to face the consequences. I think it is a responsibility for the youth to generate an environmental conscience.”
— Marielle, age 17, Mexico

"Rather careless" must be the understatement of the century. To me, it sounds like a crushing indictment of the previous generations that this young person isn't counting on grownups to get the planet out of the mess. Instead, she says we will need to look to young people to develop what we are so obviously lacking: an environmental conscience.

Children don't talk about GDP. They don't talk about economic growth. Sure, growth comes naturally to them - but so do limits to growth: because a child that never stops growing is a monster.

Here are some sobering statistics:

You may also like:
1. Let's Talk with Our Children about Global Warming, with Sense and Sensitivity
2. Slash your carbon footprint