You may have seen the wistful sighs, often as comments on articles on gas-frugal cars: "Why can't I buy a car like my 1980 Honda Accord that did 45mpg?" or "Why don't they sell cars like what the Europeans drive? Some of those get over 55mpg."

Well, here is good news for the wistful: After three decades of increasing car size, weight and accessories, all requiring more and more energy to operate, the pendulum has started to swing the other way.

The numbers are in: a study from the University of Michigan says that over the last four years, the US sales-weighted fuel efficiency (the sum of the fuel efficiency of a model multiplied by how many of that model are sold, divided by the total number of cars sold) has increased by 8% in three years, from 20.8 mpg in 2008 to 22.5 mpg in 2011. * (That's lower than the 27.5mpg required by the CAFE standard until 2010, because truck sales are included in the study).

8% in three years is huge. And the trend continues, with TrueCar reporting a sales-averaged fuel efficiency of 22.9 mpg for January 2012.

The optimist in me wants to believe that this signals the return to influence of "Small Is Beautiful". That is the title of the 1973 book by E.F. Schumacher of which the sub-title, "Economics as if People Mattered" would appeal to the Occupy movement and their sympathisers. I have in mind not merely bandying fine words like "sustainability" and "social justice" and other banners waved in the massive greenwashing efforts now undertaken by corporations trying to sell more stuff.

I mean a real change of heart. A standing back from the excesses of the 1990s and early 2000s. A return to simpler living, a re-assessment of what is really important in life. Hint: it's not the super-sized house, nor the "upscale" car.

Already, the preferred size of a house is decreasing. It has been rising inexorably since the 1950s when the average new house had about 1000 sqft, to 2500 sqft in 2007 - despite the fact that family size has decreased. The data from after 2007 bucks that 6-decade trend.

Cars have followed a similar trend: a recent study by Christopher Knittel, an MIT economist, has shown that the very real and impressive gains in engine efficiency achieved by automotive engineers since the 1970s have been negated - one might say usurped - by the increasing size of our cars and their many and varied gadgets like air conditioning, which all use energy. The data since 2008 buck that trend, too.

I know what you're thinking: of course 2008 marks some turning point. That is when the Great Recession started to be felt broadly, and that is also when prices for regular unleaded gasoline spiked past $4 per gallon: even when adjusted for inflation, it hasn't been that high since 1980. It's February 2012 now, we're obviously not clear from the recession; regular unleaded has just reached a nationwide average of $3.50 a gallon, and some analysts are predicting $5 a gallon gas by the summer. When the wallet is running on empty, people turn to smaller cars, and smaller homes. 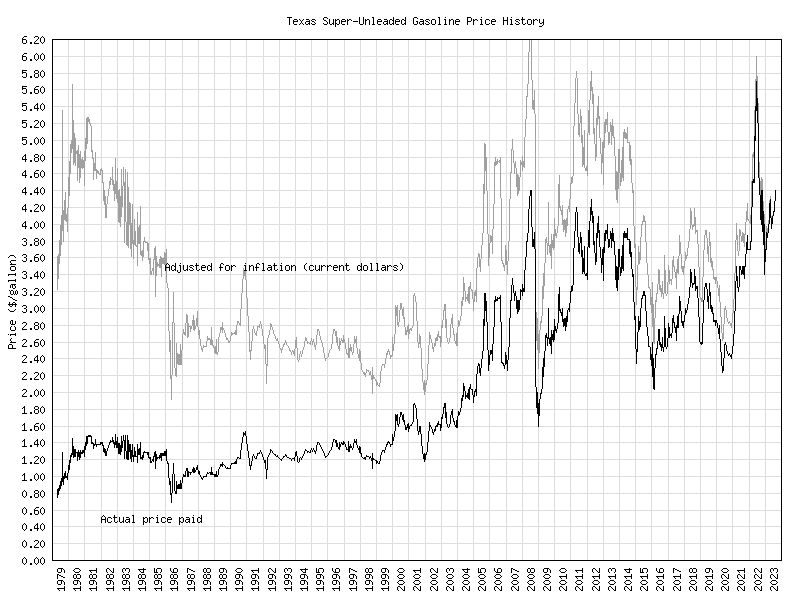 But the recession and the high gas prices aren't the whole story. Recently, not only are people turning away from mere size, they are starting to want a home, not just a place to plonk themselves down in front of a screen (TV, computer or other) after work. Home includes life, of the old-fashioned kind. Life means a neighbourhood, with neighbours that you know and talk to, and whose children play with yours; and work and shops within walking distance. Because it's when walking on your street that you meet your neighbours. Neighbours passing each other in their cars don't stop for a chat.

This rosy picture is not my own personal pipe dream: it comes from a study by Realtor.com, summarised by Good.is as "Most Americans want a walkable neighborhood, not a big house". Realtors are finding that, increasingly, home buyers opt for smaller, in-town residences rather than ex-urban starter castles.

Similarly, auto manufacturers are now touting the fuel efficiency of their latest offerings. They are responding to the opinions of the young, who prefer their cars few and frugal. They may still appreciate the "zippy" in cars, but Generation Y want their cars "sippy", and the real pioneers among them are moving straight to "zip": they're the ones who prefer life without car ownership altogether.

They may change their minds once they have children to move about in all weathers, plus sports equipment and musical instruments. But just as all parents tend to forego foods produced using growth hormones, this young generation just might continue shunning the kind of cars on steroids that have become the norm until recently.

The rest of us could do worse than following that shining example.

What I find most heartening is that the trend towards the gas sipper has started even before car manufacturers were required to offer cars with better fuel efficiency by the CAFE 2025 standard, made official in July 2011. That requires the nation's fleet of passenger cars to attain an average fuel efficiency of 54.5 mpg by 2025 (with some loopholes).

I've said this before: for most car manufacturers, all they need to do to comply with CAFE 2025 for the next few years, is to start selling in the US those gas sipper models in their fleets that they have been selling all over the rest of the planet for years. No painstaking (=expensive) development of new (=unproven) technologies required, at least not for a while. My car reviews are pretty boring: with very few exceptions they all say, Look, here is this car, it's cool in these ways, and the version sold in the US is, not always the largest, but usually the gas-hoggerest in the world.

The alternatives, out on roads right now, and owned by millions of satisfied users, sport fuel efficiencies up to twice that of the same models sold in the US. Those sippers are better for the planet and for the wallet: Most are cheaper to buy as well as cheaper to fill at the pump. Win & win! Let's ask our dealers for them, and start driving them - if, that is, we must drive at all.

*Always be careful with statistics: The model-average fuel efficiency has increased by 14%, but that number is meaningless. And if you bother to read the actual report, you realise that they for electric vehicles they have taken the "electric equivalent" MPG-e, which I have argued to be quite meaningless, at face value. EVs tend to have around 100MPG-e, enough to skew the straight fuel efficiency average by about 0.2mpg. Because so few EVs have been sold in these years, their contribution to the sales-weighted fuel efficiency is negligibly small, so the latter is the better number to watch, and the only one I use in the body of this post.

In truth, as pointed out in the U Michigan study, and convincingly argued by Tom Murphy, the natural unit for fuel efficiency is not MPG at all, but GPM, or gallons per mile (Europeans, true believers of the metric system, now measure their fuel efficiency in liters/100km). Certainly, we should use the additional measure of lbs. of CO2 per mile. After all, that's what really matters.